A detailed general description of protective elements visible in daylight, with illustrative examples of individual elements on the 2009 version of the CZK 500 note. The 1995 and 1997 versions of the CZK 500 banknote differ in the watermark, the windowed thread with microtext and the front-to-back register, and do not have colour-shifting ink. 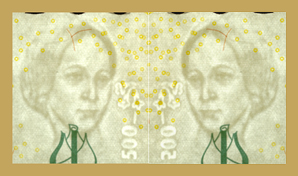 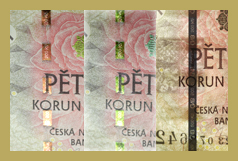 The windowed thread is a strip of metallic plastic, 3 mm wide, embedded into the paper of the banknote. On the banknote's face side it protrudes in five places from the surface. When the banknote is viewed, only the protruding part of the strip on the face side is visible. When viewed against the light, the whole strip is visible on both sides as a continuous dark line with the recurring hatched negative microtext “ČNB 500 Kč” showing through. The protruding parts change their metallic colour from puce to green when tilted. 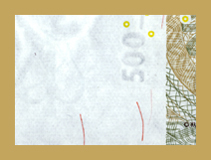 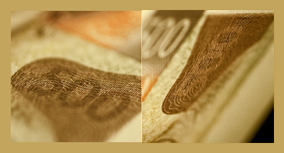 This protective element is based on an optical effect. The colour of the stylised flower printed with special ink changes depending on the position of the banknote when held against incidental light. The colour normally visible on the face side of the note changes colour from gold to green when the note is tipped against the light. 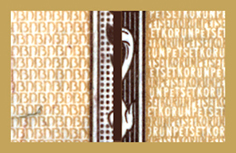