The internal archives of the former State Bank of Czechoslovakia (SBCS), today the Czech National Bank (CNB), were established in 1953. In a resolution of 9 January 1953, the Czechoslovak government ordered the formation of an "Archive of the Czechoslovak Financial and Insurance Industry" in order to pool the archive collections of financial institutions and insurance companies from across the nation.

The year 1958 saw the issuance of "Instructions No. 68" for the processing of archive documents, focusing in particular on the internal archives of the SBCS. "Rules of Study" were issued in 1960. These documents created the organisational prerequisites for activities relating to the bank's internal archives.

The specific nature of the records kept meant that the archive was far more significant than a normal company archive. As a result, the archivists long sought to obtain the status of “Archive of Special Significance” under Act No. 97/1974 Coll., on Archiving. They succeeded in 2002, when the governor of the Czech National Bank issued an order to establish the CNB Archive as an "Archive of Special Significance". This status was then endorsed by the Archive Administration Department at the Czech Interior Ministry.

When the new term “specialised archive” was introduced into the Czech archiving system in 2004 under Act No. 499/2004 Coll., on Archive and Registration Services and on the Amendment of Some Acts, the CNB Archive applied for the relevant accreditation. It obtained it on 24 April 2005, becoming not only a specialised archive, but also an administrative authority in the archiving area. 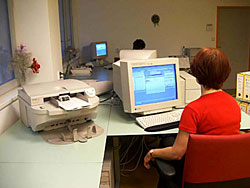 The Czech National Bank Archive consists chiefly of documents relating to the activities of the CNB's legal-predecessor banks and of certain other financial institutions.

It contains a wide range of archive documents reflecting the organisational arrangement of the banking system in individual periods and the internal structure and function of each particular financial institution. It must be said that over the years the integrity of the collections has been compromised to some extent. During the war, for example, the German occupying authorities ordered the shredding of many documents. Other material has been lost through poor-quality archive management during bank mergers and liquidations.

The most extensive - and most important - documentary material is contained in the Czech National Bank Archive in Prague, where most of the former banks had their headquarters.

In addition to documents tracing the development of Czech banking, the Czech National Bank Archive contains materials charting economic and political developments and relations on the territory of what is now the Czech Republic, from the second half of the 19th century through to the present. The CNB Archive has long been of great interest to researchers and to the public at large. Its collections contain a wealth of important information and - particularly since the 1990s - have attracted strong interest not only from Czech researchers, but also from researchers in other countries. 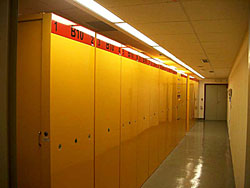 The archive documents are used by CNB management and by individual departments of the headquarters and branches of the CNB. They are also used for research purposes by universities and research institutions in the Czech Republic and throughout the world. The staff of the Archive draw up various source documents for the general public.  Since the fall of communism, large amounts of property have been returned to their former owners in "restitution proceedings". Archive staff regularly deal with enquiries received from people who were politically and racially persecuted during the Nazi occupation and from Czechoslovak citizens whose property was confiscated during the political trials under the communist regime and whose businesses and land were expropriated, particularly between 1950 and 1970. The Archive receives many requests from British and Swiss institutions for documentation on Jewish owners who had all their property confiscated by the German occupying authorities during the holocaust The archives of the central banks allow us to chart Czech monetary policy developments from the last quarter of the 19th century almost up to the present. The minutes and other documents of the banks' statutory bodies provide a complete picture of the nation's economic development. 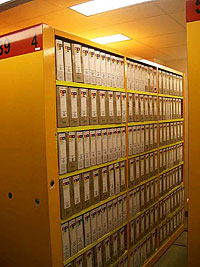 The records of major commercial banks stored in the CNB Archive trace the development of industrial branches (jpg, 166 kB) such as the textile, sugar, engineering and steel industries, and provide evidence of Czechoslovakia's financial, capital and business contacts with European and overseas countries. The CNB Archive has extensive material relating to agricultural changes, for example on the preparations for, and implementation of, land reforms on Czech territory. The records of the Czech National Bank's legal predecessors are a significant, and sometimes unique, source of information on the history of industrial concerns, commercial companies and agricultural enterprises. For these reasons, the CNB Archive attracts the attention of a wide range of domestic and foreign economists, lawyers and historians from universities and research institutions. Many economic historians have conducted research in the CNB Archive in recent decades, studying monetary and financial policy issues, the national economy and the development of particular financial institutions. Numerous research workers from other countries have also carried out field studies in the Archive of the Czech National Bank (or, up until the end of 1992, the State Bank of Czechoslovakia). The CNB Archive's wealth of archive material is used heavily for study and research purposes

Since the start of 2003 the CNB archive has been a fully-fledged member of the European Association for Banking and Financial History e.V. (EABH).