85 Years of the Central Bank

“Governor, I place in the hands of the National Bank of Czechoslovakia our most prized jewel, the Czechoslovak koruna, a symbol of our freedom and independence. …We put it in the guardianship of an autonomous bank of issue, fervently wishing that it will be looked after like a child, with care and love, so that no member of the public need be concerned, and so that whoever receives our koruna has the assurance that its value will be preserved today, tomorrow and for decades to come.” Dr. Karel Engliš, Czechoslovak Minister of Finance, speech given at the founding general meeting of the National Bank of Czechoslovakia, 21 March 1926. 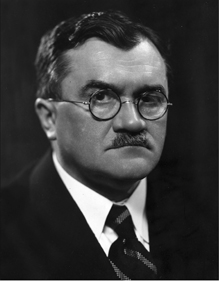 The National Bank of Czechoslovakia was officially established at a general meeting held in March 1926. The formation of an independent central bank was the culmination of several years of efforts by Czechs and Slovaks to establish their own stable currency as proof of the new state’s economic independence.

Before 1 April 1926, when the National Bank of Czechoslovakia took over the management of the koruna, its function had been performed by the Banking Office of the Ministry of Finance. Already in the Banking Office era, however, experts had been drawing attention to the need to create an issuing institution fully independent of the state, as only then would it be able to fend off politically motivated attempts to influence its decisions. The National Bank of Czechoslovakia was to become just such an institution.

The Banking Office handed over to the new central bank a currency standing on firm foundations. This made it possible to complete the process of stabilisation of the koruna by joining the gold standard in 1929. However, the events of the decades to come were to shake the position of the Czechoslovak currency and the independence of the central bank to their foundations on more than one occasion. 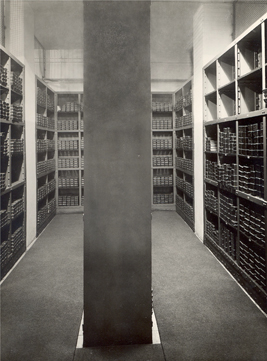 The global economic crisis of the 1930s manifested itself in the Czechoslovak economy in the form of state interventions in the currency management area. However, the central bank’s independence faced its toughest test during the occupation of the Czech lands by Nazi Germany. Even in these difficult times the bank tried to resist the pressure of the occupying authorities, which would have caused even greater damage to the national currency. The truly independent position of the National Bank of Czechoslovakia was restored after the liberation of Czechoslovakia, although this time for only three years. Another period of turbulent change followed when the Communists seized power in February 1948.

It was not until 1 January 1990 that the State Bank of Czechoslovakia gained the long-awaited position of sovereign central bank of the state and routine banking services again started to be provided by a network of commercial banks. After the long period of central planning, the Czechoslovak, and subsequently Czech, central bank began to play the role that belonged to it. Its initial objective was to create the right conditions for far-reaching economic transformation, active monetary policy-making in Czechoslovakia, and stabilisation of the newly founded banks. Under the Constitution, the Czech National Bank became the central bank of the newly formed Czech Republic in 1993. After the currency separation, it could turn its full attention to maintaining monetary and price stability, managing the foreign exchange reserves of the Czech state and administering money circulation and the payment system. Over time it also took on the responsibilities of financial market regulator and supervisor and started monitoring and analysing financial stability on a regular basis.

The independent, competent and maximally open Czech National Bank works to ensure price stability and thereby maintain confidence in the value of the Czech currency. In so doing, it acknowledges the words with which Minister of Finance Karel Engliš launched its predecessor.