The new members will replace Oldřich Dědek and Deputy Governor Marek Mora, whose six-year term of office will end on 12 February 2023.

“The Czech National Bank’s absolute priority is to substantially reduce inflation.  The effects of monetary policy on the economy become visible with a considerable lag. The first positive results of the new Bank Board’s policy will be evident in spring, when inflation will start to decline,” said CNB Governor Aleš Michl.

“Judging from my experience with the new Bank Board since July and from the CVs – and above all the expertise – of the new members, I am sure excellent conditions are in place for the Czech National Bank to remain credible and to fulfil its mandate responsibly,” added the Governor.

Jan Kubíček was born on 14 September 1976 in Dvůr Králové nad Labem. He graduated from the Faculty of Economics at the University of Economics in Prague, where he went on to study economic policy and administration at postgraduate level. He began his career as an analyst at Newton Holding. In 2007–2013, he worked as an adviser to CNB Deputy Governor Vladimír Tomšík. From 2018 to 2019, he was the head of the macroeconomic and fiscal analysis section of the Office of the Czech Fiscal Council.

Since 2022, he has worked as the Head of the Office of the Czech Fiscal Council. Since completing his studies, he has also lectured in macroeconomic analysis, long-term growth theory, business cycle theory and other subjects at economic universities (University of Economics in Prague, Newton College, Škoda Auto University). He currently lectures at the Public Finance Department of the University of Economics in Prague.  Jan Kubíček speaks English and French, as well as basic Italian and German.

Jan Procházka was born on 1 February 1979 in Ostrava. He graduated from the Faculty of Science of Palacký University in Olomouc and completed his economic education at the Faculty of Business and Economics of Mendel University in Brno. He worked in the CYRRUS financial group for ten years, among other things as chief analyst and director of the Prague branch. Since 2012, he has worked as Chairman of the Board of Directors of the Export Guarantee and Insurance Corporation, where he is responsible for the support and diversification of Czech exports as well as the implementation of Solvency II and representation in international institutions. Since spring 2012, he has also chaired the Supervisory Board of the Budvar national brewery. He was also a member of a working group of the government’s Legislative Council, the RIA Commission and was twice a member of the National Economic Council, where he headed a group for KPIs in public administration. He is now the coordinator of the entire advisory board. Jan Procházka speaks English and basic Spanish.

Petra Krmelová
Director of the Communications Division and CNB Spokesperson 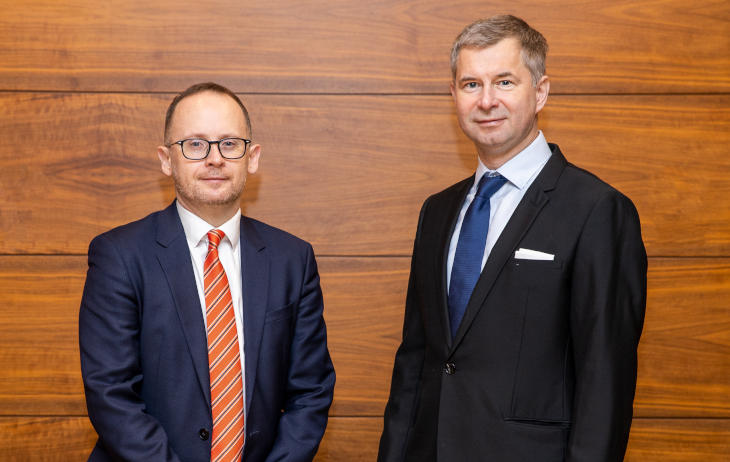