Government not to set euro adoption date yet

Given the repercussions of the Covid-19 pandemic and the consequences of Russia’s invasion of Ukraine, the Czech Republic will most probably not fulfil the reference values of any of the Maastricht convergence criteria this year.

The preparedness of the Czech Republic itself to adopt the euro still has its weak points. The Government considers the unfinished process of economic convergence of the Czech economy, especially as regards the price and wage levels where the distance from the euro area average remains significant, to be an obstacle to joining the monetary union. The Czech economy also continues to differ substantially in its structure from the euro area, a factor which might cause problems in the event of the single monetary policy. Given population ageing, the long-term sustainability of public budgets is also not fully resolved.

On the other hand, the high degree of openness of the Czech Republic and its close trade and ownership links with the euro area speak in favour of the Czech Republic adopting the euro. The relatively stable exchange rate of the koruna against the euro, which was however affected by the CNB’s foreign exchange market interventions, can also be assessed as positive. The high level of economic activity of the Czech population, the still low long-term unemployment rate and the resilient banking sector are also favourable.

The institutions and rules of the euro area have changed over recent years, and discussions on deepening integration are still ongoing. The Czech Republic’s future potential financial and non-financial commitments relating to euro area entry thus cannot be reliably estimated at the moment.

Given the aforementioned facts, the Czech Government has arrived at a conclusion that it will not set a date for the Czech Republic’s entry to the euro area, as sufficient progress has not been made in creating the right conditions for euro adoption.

Petra Krmelová
Director of the Communications Division and CNB Spokesperson

Tomáš Weiss
Director of the Communications Division and MF Spokesperson 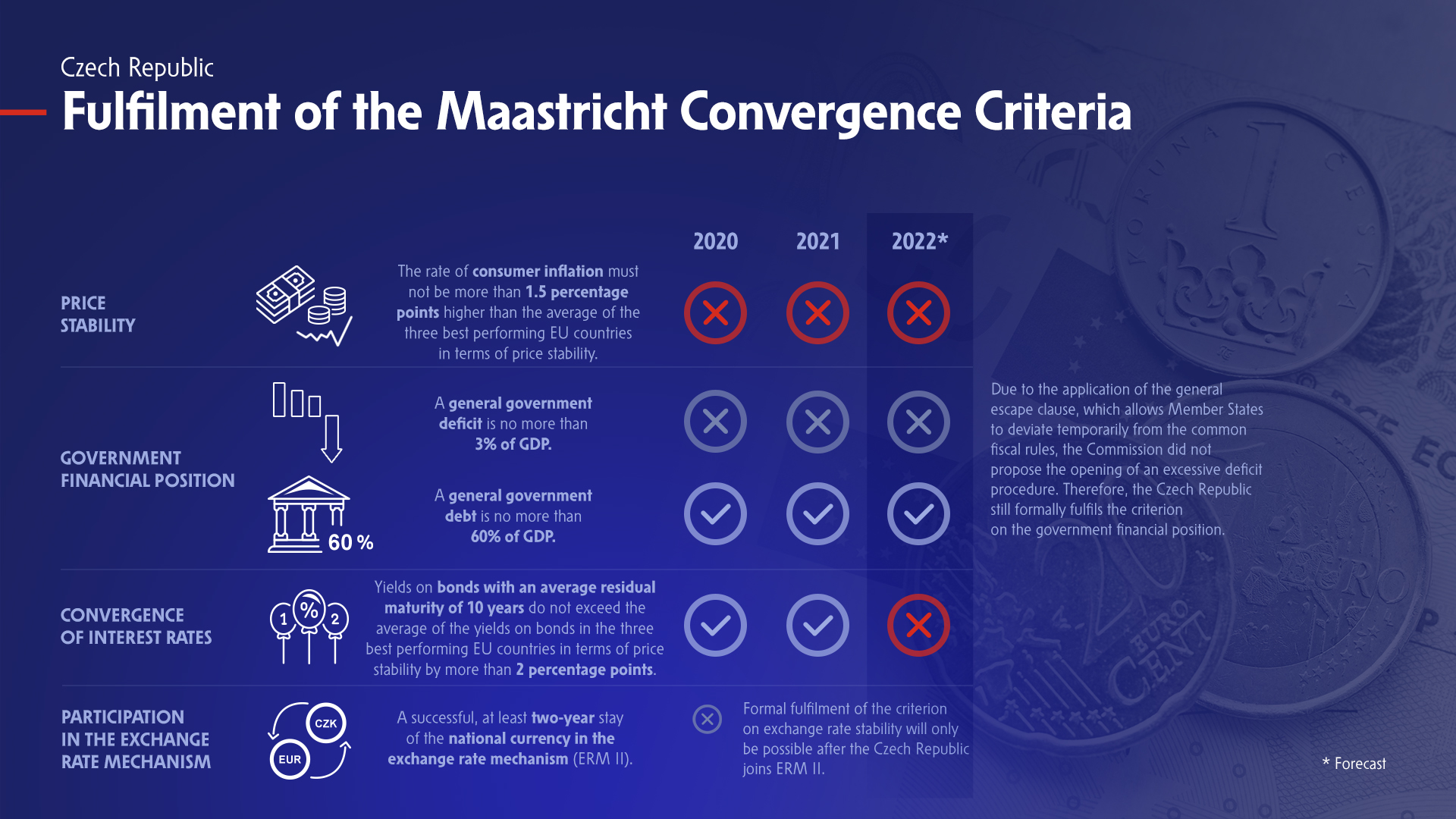 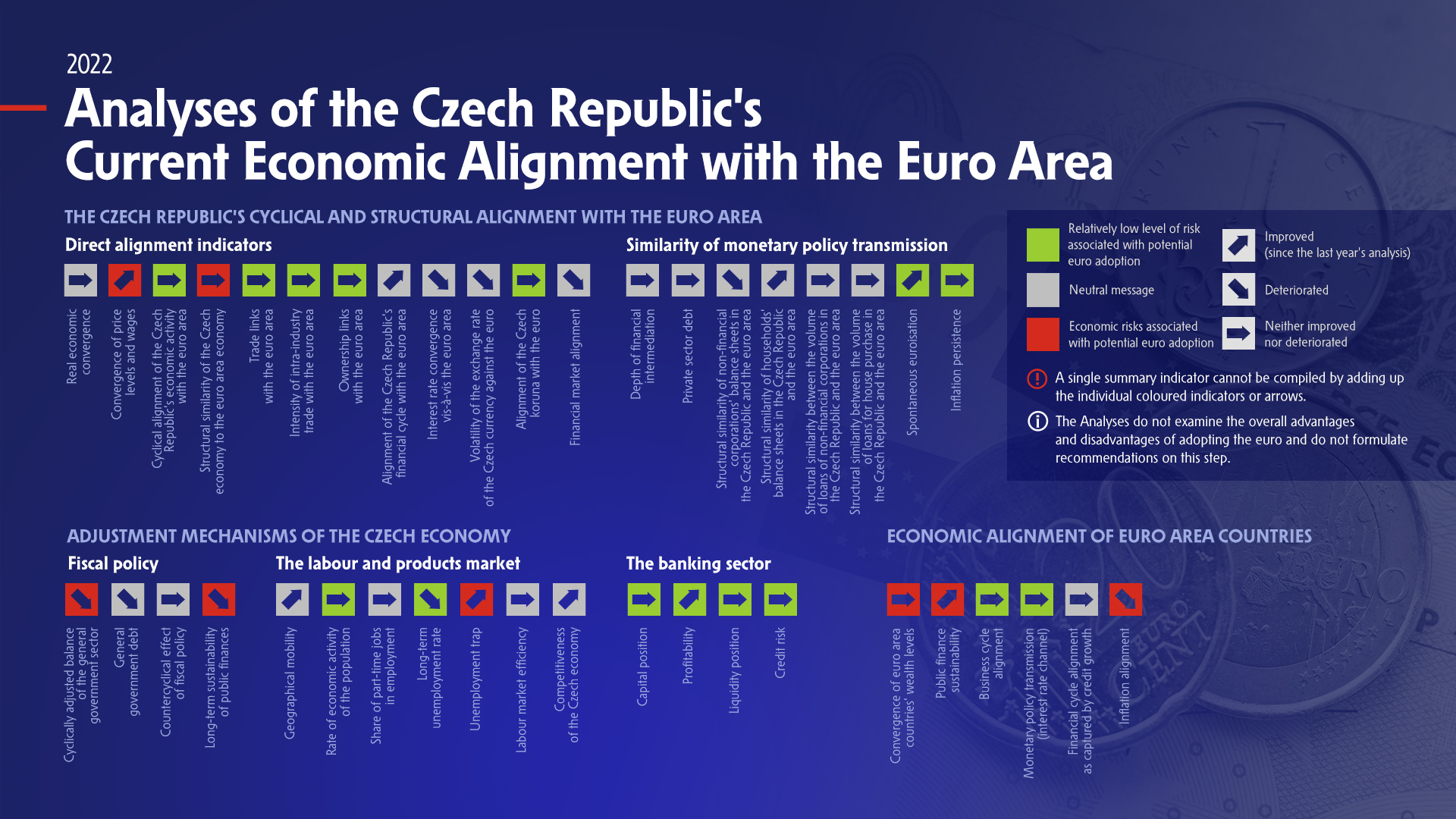