The counterfeits have so far occurred only in a small number and only in Moravia (Olomouc, Šumperk, Brno, Ostrava), but their number may increase quickly and they may spread to other regions. The quality of the counterfeit banknotes is not very high in other parameters. On a five-point security scale, they were given a grade 4 (poor quality); only one type was given a grade 3 (good quality).

The counterfeit banknotes are ink-jet printed instead of using a combination of intaglio, offset and letterpress printing; the print pattern is thus composed of a structure of ink droplets rather than printing lines. While genuine banknotes are characterised by direct colours (e.g. brown and red for the CZK 500 banknote, violet and yellow for the CZK 1,000 banknote, etc.), the print pattern of counterfeit banknotes is made up of four ink colours – cyan, magenta, yellow and black. 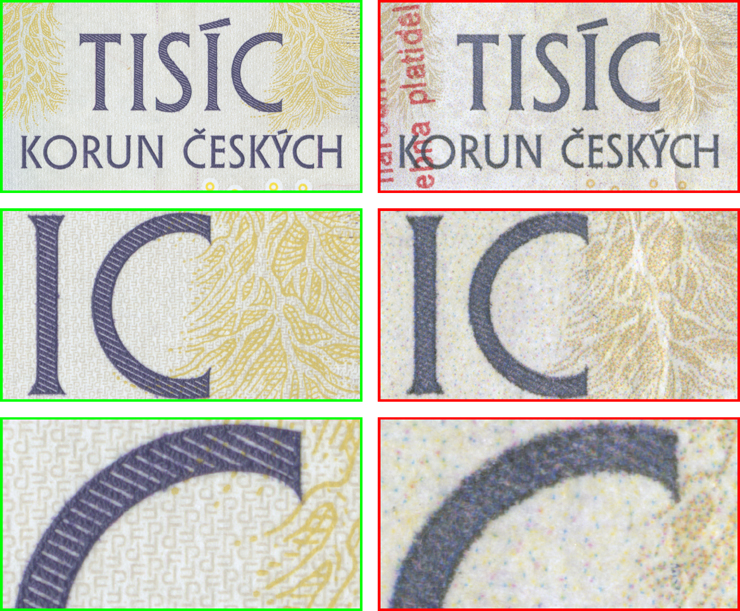 The key protective elements are either missing and not imitated in any way (watermark, latent image, iridescent strip), or are printed simultaneously with the pattern of the banknote and lack their characteristic features (the optically variable element does not change its colour, the front-to-back register does not match when viewed against the light). Microtexts are illegible and UV and infra-red protective elements are not imitated either. 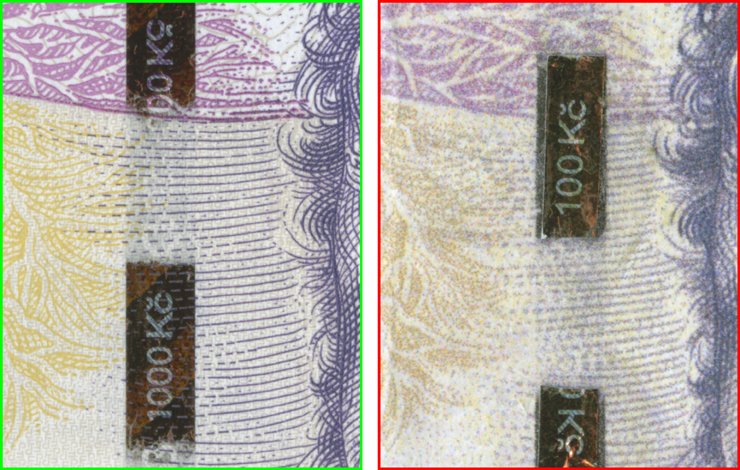 Detail of the windowed thread on a genuine CZK 1,000 banknote (microtext “ČNB 1000 Kč”) and on a counterfeit CZK 1,000 banknote (microtext “ČNB 100 Kč”). The different horizontal and vertical location of the protective strip relative to the print pattern and the different microtext on parts of the protective strip protruding from the surface is a technological regularity in the manufacture of paper of genuine banknotes, i.e. it is not a sign of a counterfeit banknote

Independent of these counterfeit banknotes, the Czech National Bank has also registered occurrence of genuine banknotes of the innovated issue, namely the 2018 version of the CZK 100 banknote and the 2009 version of the CZK 500 banknote, from which the windowed thread was partly or fully removed: some or all parts protruding from the surface (“windows”) were cut out or the whole windowed thread was cut out. The two remaining parts of the banknote were then glued together or submitted as incomplete. It cannot be ruled out that the removed parts of the windowed thread were used to produce the counterfeit banknotes of higher denominations. The damaged banknotes were put into circulation when paying for goods and services, or attempts were made to exchange them as money damaged in a standard way. 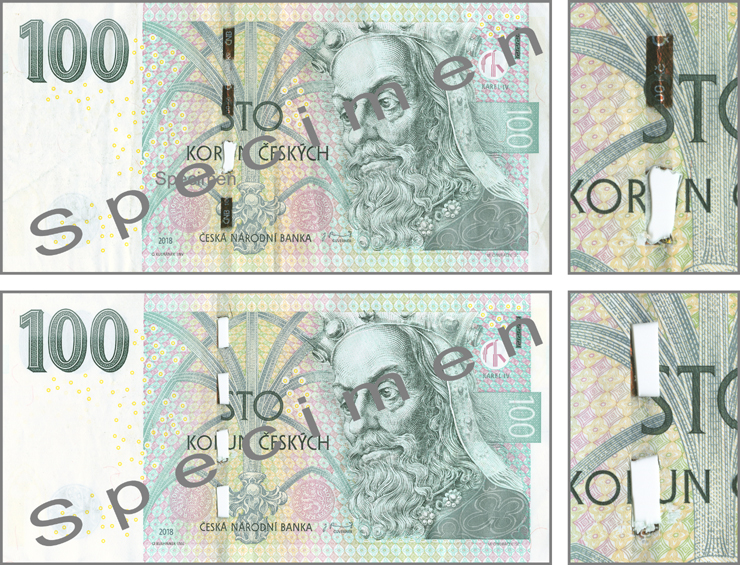 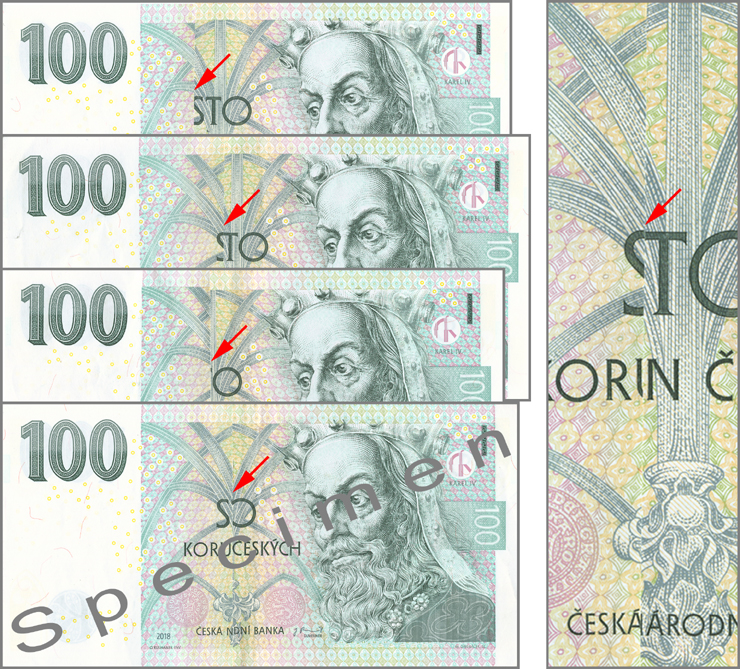